A downloadable game for Windows

The features and qualifications stated on the page will come with progressive updates. Please note that the game is still developing and in beta.

Poly Squad; multiplayer, team-based and FPS perspective, it is the kind of game where you can fight as a team in small or large scale maps by using various weapons up to 16 - 32 players. You must go to the battlefield for this intense close combat fight where the survival of a team depends on protecting very important areas and destroying the enemy element in the multiplayer experience ... It will give you the RTX experience without your RTX supported graphics card and almost without loss of performance. This unique game with its new experimental graphics features will give you a more vivid, more atmospheric gaming experience.

Join us with Discord! https://discord.gg/mwq3Fky

Isn't it annoying not to be able to play in a particular class and use the weapon you want?
Who would say that a healthcare provider cannot use a sniper rifle?
We are sure you can use it!
Whatever your class, you will be able to shape your equipment as you wish!
You can shape many things from assault rifles, sniper rifles and tanks to jets.

Take part in battle with Vehicles to break through enemy lines and dominate the enemy!
Destroy annoying enemies using helicopters, tanks and jets! Yes, yes, be the judge of the battlefield using jets!

Let's dirty our hands a bit and enjoy the conflict by running from ambush to ambush, from victory to victory, with our equipment, vehicles, and our fellow arms around us!
Sometimes even a team can change the course of the entire battlefield. Make your equipment compatible with each other and take your place in the conflict by determining the sequence appropriate for each scenario.

High power explosives, tanks, helicopters and jets! They can save you from situations where you are in these tough battles and they can make you repel the enemy.

Kill everyone on the rival team and reach a point limit and experience the victory with your team. Either be the team with the highest score and taste the victory, or try to achieve the balance of the score and achieve a draw! Remember, time is valuable for your team!

Kill everyone and reach a point limit to be the winner! If time is running out and you still don't reach the point limit, race with seconds to be the one with the most points! Victory will be with you!

Your mission is to take the flag of the opposing team and fight to bring it to your region. Defend your flag and earn points to make your team win!

In order for his team to gain points and achieve victory, he needs to take over different points and defend the captured areas and his own regions. The first team to reach the point limit wins!

Whether you are the one who sets up the bomb or defends the territories, you must succeed in both if you want victory! When the teams change, disarm the bomb or destroy the area, bring your team to the round border with the most victory and become the winner. This mod offers unique challenges, so don't forget to take care not to fly!

The only goal is to kill everyone. Start with an equal number of teams and join the challenge! If you die, you won't be able to help your team until the next round. If you live, the taste of victory will be in your palate ...

One extended tour with instant rebirth ... Kill enemies in this tough fight and prove your weapon expertise to your rivals by moving to the next weapon. The progress of the unlocked weapons will end with a knife. The first player to kill with every weapon wins the match!

Is this game like battlefield where you earn weapons from achievements, or is the game pay-to-win? (also i was still downloading it when i posted this comment.)

I am replying to my post because this is a pay -to-win game. no one likes pay-to-win games, people want games that you can earn weapons from and there needs to be more graphics options like resolution and FOV changes (NOT WEAPON FOV). all in all i think that this would be a very good game on the steam market and this game has very high potential, the last thing i want to point out is that this game would also be very good if it worked on low-end pc's and laptop's. keep working on the game and i cant wait to see the final release.

The weapons in the market are locked because they are not ready at the moment, so their gun ranks are high. We will release a new update soon, and newer weapons will come.

Since the game is in beta and some features are in testing, we have just upgraded them to an inaccessible level instead of removing them from the game.

One of the things we focus on is performance.

It is definitely not a "pay to win" game.

Nobody will be disappointed in this regard.

I'm having a problem launching the game.

How do I launch the game?

Did you close and open the game several times?

If the problem still persists, you may not be able to connect to the server.

This game.. Looks AMAZING! I'm currently downloading it and I cant wait to play it :D

I think this can solve your problem.

Never played that before, I will play tomorrow and tell you my opinion on it! :)

It sounds fun though since i can't buy games! :D

Hi,
I want to give some advice to the players about the game.

If the "start" button does not work while setting up the server in the game, quit the game and start again.  ✔

You should definitely play the Hangar map. ✔
It is a small map and it is very enjoyable to play.

Combat with "bots" is very enjoyable.
They're like armed zombies. :d

When choosing a server, I usually choose EU-Amsterdam.
It is already selected by default.

The game is good for an early access game. Weapon variety is high. It's also nice to have multiplayer and access it for free.

We are pleased that you like Poly Squad and we will further improve our game with new updates. More weapons mean more fun!

Adding RTX to the game is legendary. Right now, I think it's a bit like a battlefield. Hopefully, larger maps will be published when vehicles are added.

We plan to publish new updates and large maps and vehicles as soon as possible, and we are working to offer you RTX support in an improved and optimized way.

Dev look plz, Many weapons are visible in the market section but they are all bought at high ranks. Is this a mistake ?

Hello daydream3214 No, this is not an error. The weapons in the market are locked because they are not ready at the moment, so their gun ranks are high. We will release a new update soon, and newer weapons will come.

You can also forward the errors you see in the game via itchio or through our discord channel. 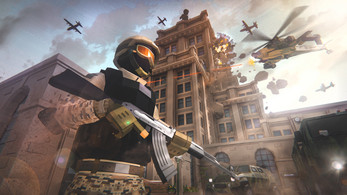 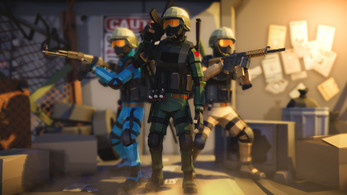 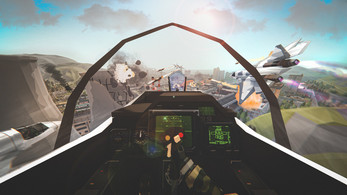 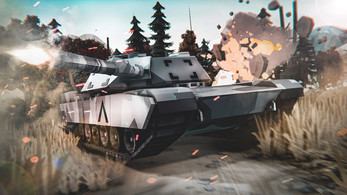 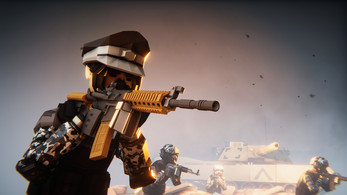 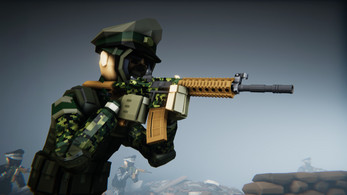